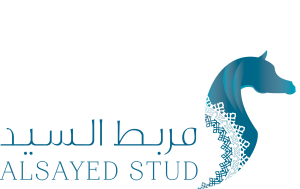 The master stud is interested in acquiring, breeding and producing the most beautiful and most important purebred Arabian horse breeds. Despite the novelty of its genesis, the achievements of the stall of the master of pure Arabian horses underlined its name with a supply of gold and its shape in silver and bronze in the strongest international arenas, and placed it in a prominent position among the ranks of the Great Lords. In the Kingdom of Saudi Arabia, in its capital, Riyadh, and in the Al-Amariya area in particular, the stud has taken its place. Its owners, Sheikh Abdul Wahab and Sheikh Khalid, sons of Saeed, worked on developing the breeding and production of camel horses, and restoring the remarkable history of the purebred Arabian horse.