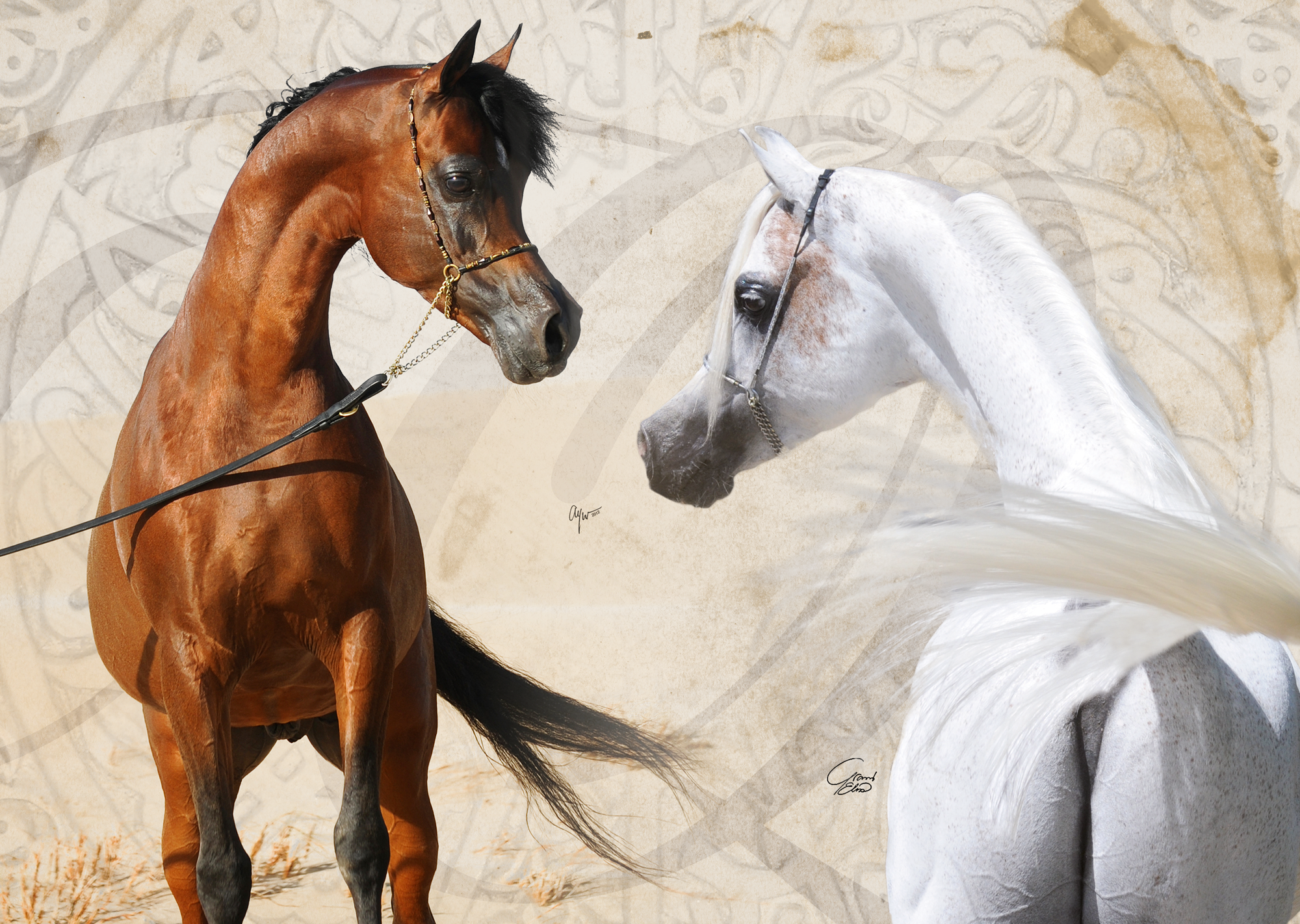 Mrs. Ria and Paul Gheysens and their typey horse’s vision have been progressing successfully over the time. For many years, the spouses have been focusing on Polish mares ; since the beginning of their ‘adventure’ they have bought many daughters of WH Justice and Marajj, thereby, bringing into play bloodlines other than Polish and it is acknowledged that QR Marc is producing very well with these mares. In addition to QR Marc, the Gheysens have included into their breeding program another stallion which belongs to them, Equiborn KA who is himself a gorgeous son of QR Marc x Espadrilla , the latter a beautiful daughter of the legendary Polish stallion Monogramm and out of the mare Emanacja by Eucaliptus. Additional important stallions included into their breeding program are: Trussardi, Psytadel, Ajman Moniscione and, lately, the Legendary WH Justice who has covered the pretty daughters of QR Marc. As early as this year, Knocke Arabians have witnessed in the barn the birth of excellent foals sired by these important stallions, and the Gheysens are more than pleased with these outcomes, as well as their General Manager, Walter Franco, who expresses all his satisfaction for what it has been achieved. Clearly enough, the entire Knocke Arabians breeding program revolves around the Gheysens who have been benefiting from the consultancy and precious collaboration of famous breeder and international judge Mr. Richard Philstrom. Throughout the years, Knocke Arabians have enjoyed lots of satisfaction and great international success, thanks to their products, but the most striking achievements have been those pursued in 2012 with their top stallion QR Marc. In 2012, under the impeccable lead of Mr. Paolo Capecci, QR Marc garnered plenty of victories and titles on all the world’s most important shows. He was: Abu Dhabi International Gold Champion stallion; Dubai International Gold Champion stallion; All Nations Cup Gold Champion stallion until he managed to conquer one of the most ever coveted trophies being crowned as World Gold Champion stallion in Paris. To date, Knocke Arabians avail themselves of the support and collaboration of some of the most renowned Handlers and Training Centers in the world such as: Capecci Training Center, where Paolo, Susy and Woody are looking after Knocke Arabians’ horses also taking care of their promotion in Europe and the results so far have not at all disappointed, actually, they have been just so great. Another center of excellence is the ‘Schoukens Training Center, where brothers Tom & Glenn are also dealing with Knocke Arabians horses, following the Gheysens’ horses throughout Northern Europe. Last but not the least, another famous Handler, Mr. Philippe Hosay who has joined in the Knocke team where he has been entrusted with some horses for the 2017 show season.
2018-02-14
Previous Post: Special Middle East 2018
Next Post: Dudai Stud Open Day 2017