Published on Issue n.1/2020 presented at the Dubai Show 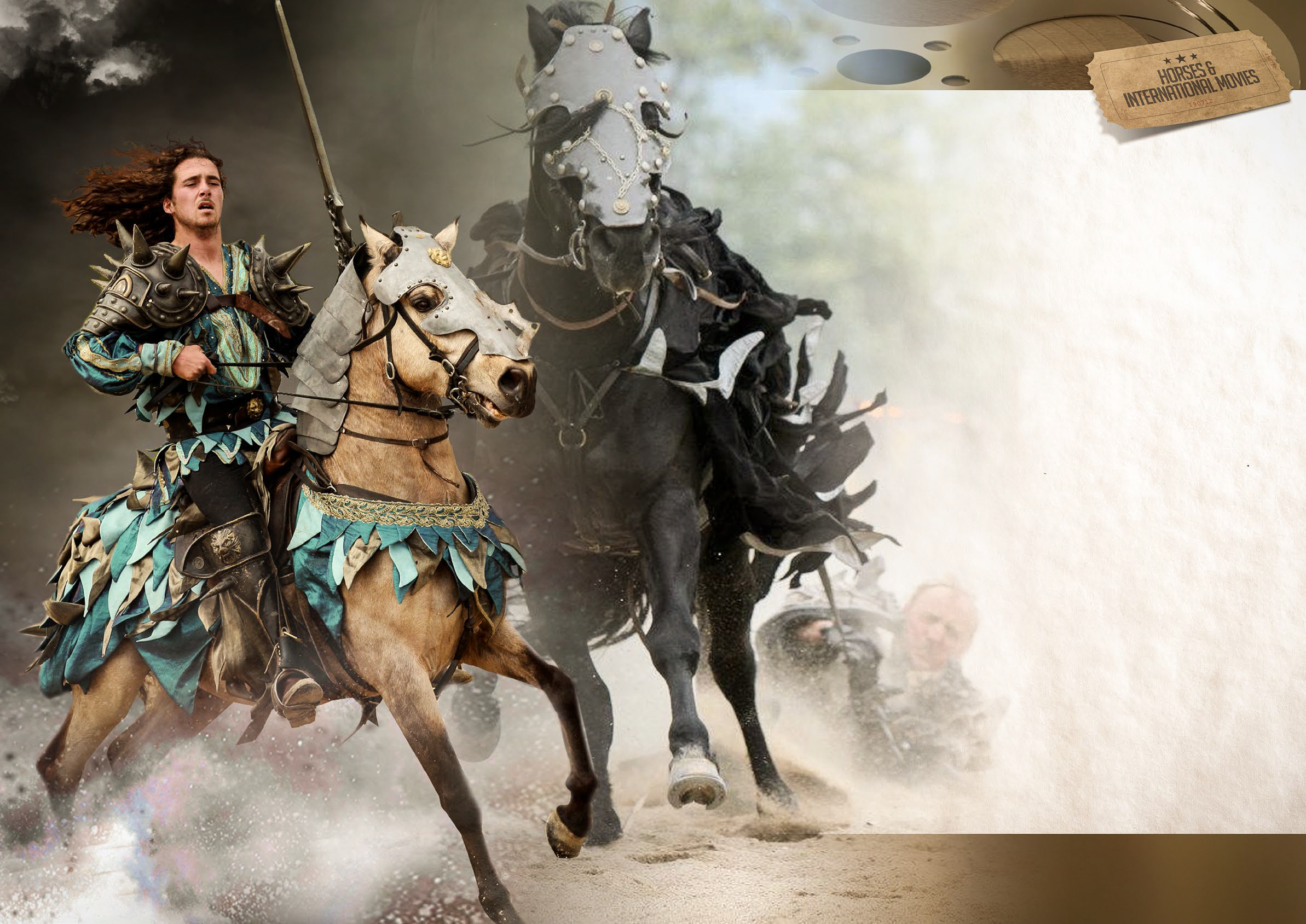 Whatever his breed, the horse is increasingly closer to man in many rural occupations as well as in various under saddle exercises or pleasure activities whether they are sports-related or not; it is also necessary to highlight his many disposi- tions for which the horse has long been engaged in the movie industry, in as much epic genre as historical period drama or ction. Within that cultural sector everyone can remember the epic historical piece ‘Lawrence of Arabia’ di- rected by David Lean (1962), which o ers - in its own way - a glimpse into the history of Arab peoples in the nineteenth cen- tury, at a time when the Bedouin desert tribes were sharing out the territories of the Arabian Peninsula. Or even, the frantic lm ‘Or Noir’ directed by Jean Jacques Annaud (2011), which evokes the thorny con ict over oil in the 1930s; in the same vein, we nd the ‘Prince of the De- sert’ directed by Alexandre Dzerdg, (2011) and the ‘Kingdom of Heaven’ directed and produced by Ridley Scott (2005) with its breath-taking and intense scenes from battles during the Crusades of the 12th century; without forgetting ‘ e Ora- cle’ directed by Philippe Stölz (2016), which tells the story of an English young man, Rob Cole, going to Persia to study with fa- mous Avicenne, the “Prince of Scholars”. Last but not le- ast, the Egyptian movie ‘Al Moha- ger’ - e Emi- grant – (1995) directed by Youssef Chahi- ne, loosely based on the story of the Biblical Jose- ph, and ‘Aladdin’ directed by Guy Ritchie (2019), itself based on the eponymous tale from One ousand and One Nights; all of these Directors, each in his own way, have worked out amazing equestrian images for their movies. For a long time, men have been at the forefront of this particular activity, quite o en with robust and very strong horses like Arabians or half- Arabians carrying the distinctive mark of their breed. ose equines are extremely good at ful lling the many requirements of historical lm production, in fact, it is necessary to rely upon experienced professionals who can help artists with horses ready to perform scenes that sometimes may be di cult, but, useful for a realistic historical reconstruction. Among the greatest professional entertainers in Europe, it is ne- cessary to talk about some of them who are not afraid to take risks for creating breath-taking living images, whereby they manage to surprise and thrill an audience that o en has not clue of all the hard work behind it. With its cavalry consisting of y horses, PegaseProd Team has been involved in many lms and TV series for more than twen- ty years; since 2014, the team has installed in Salbris in Sologne (north-central France), yet, not too far from Paris that brings to- gether many Agents. e weather conditions in this region do encourage the reception of trainees who can attend highly formative stunt double training courses as it has been the case of famous actors such as: Nicole Kidman, Jamie Dorman, Jason Schwartzman, Mads Mikelsen, Bruno, who all have gone there to get the necessary equestrian preparation. erefore, the place manages to attract many profes- sions that revolve around this particular sector. In horseback riding, all great riders honour their art with precise and delicate technical gestures. Women are active and stables are very comfortable at ‘Parc Equestre de l’Alméria’, a certain amount of nesse springs from Mrs. Christel Lièvre-Sanabra who is an accomplished aerial stunts horsewoman and highly experienced classic dresseuse; she could ef- fortlessly be rst on many po- diums according to experts, but, she is shy and prefers not to participate in shows. At ‘Parc Equestre de l’Alméria’ shows open to visitors during the winter season; they are ex- tremely accurate and stay true to each represented story like, for instance, Excalibur, which is one of those magni cent li- ve-reconstructions where Pega- seProd members got involved with Frederic, Jaime, Pablo and Taïra, all from Sanabra family. ey are the driving force behind its success, without forgetting the funny Franky who is also an essen- tial contributor. In the summer period, from 4th of April to September, PegaseProd team organizes a colourful show at ‘Domaine de Chambord’ with a glimpse of high Falconry that ts well into the place and the great Hi- story of the Kings of France; things that everybody should see once in a lifetime.
www.pegaseprod.com
www.almeria-parc.com
2020-07-17
Previous Post: Circus Festival
Next Post: Nicolas Frere