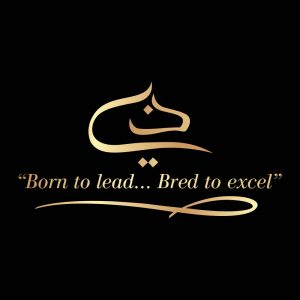 Born to Lead...Bred to Excel.

Since its inception in 2007, Dubai Arabian Horse Stud fast became one of the world’s most successful Straight Egyptian and Pure Bred horse farms. Dubai Arabian Horse Stud has left their mark on International Arabian horse shows, producing Champion after Champion and gaining respect from around the world, as leaders in the industry. Managed by Mohammed Al Tawheedi and Abdelaziz Al Marzooqi, they acquired top quality horses that have enhanced Dubai Stud, both in the show arena and their breeding programs. Creating good relationships with many breeders and studs around the world, with their support, Dubai Stud is making important contributions to the growth of breeding worldwide. After measured steps and great planning, in 2009, Dubai Stud introduced Embryo Transfers to their breeding program. They have since seen the benefit from this amazing technology and have been using this in the breeding programs ever since, producing some of the most beautiful Arabian horses, and no doubt more Champions. When you think about Dubai Arabian Horse Stud, there is no doubt that their slogan rings true: Born to Lead…Bred to Excel.