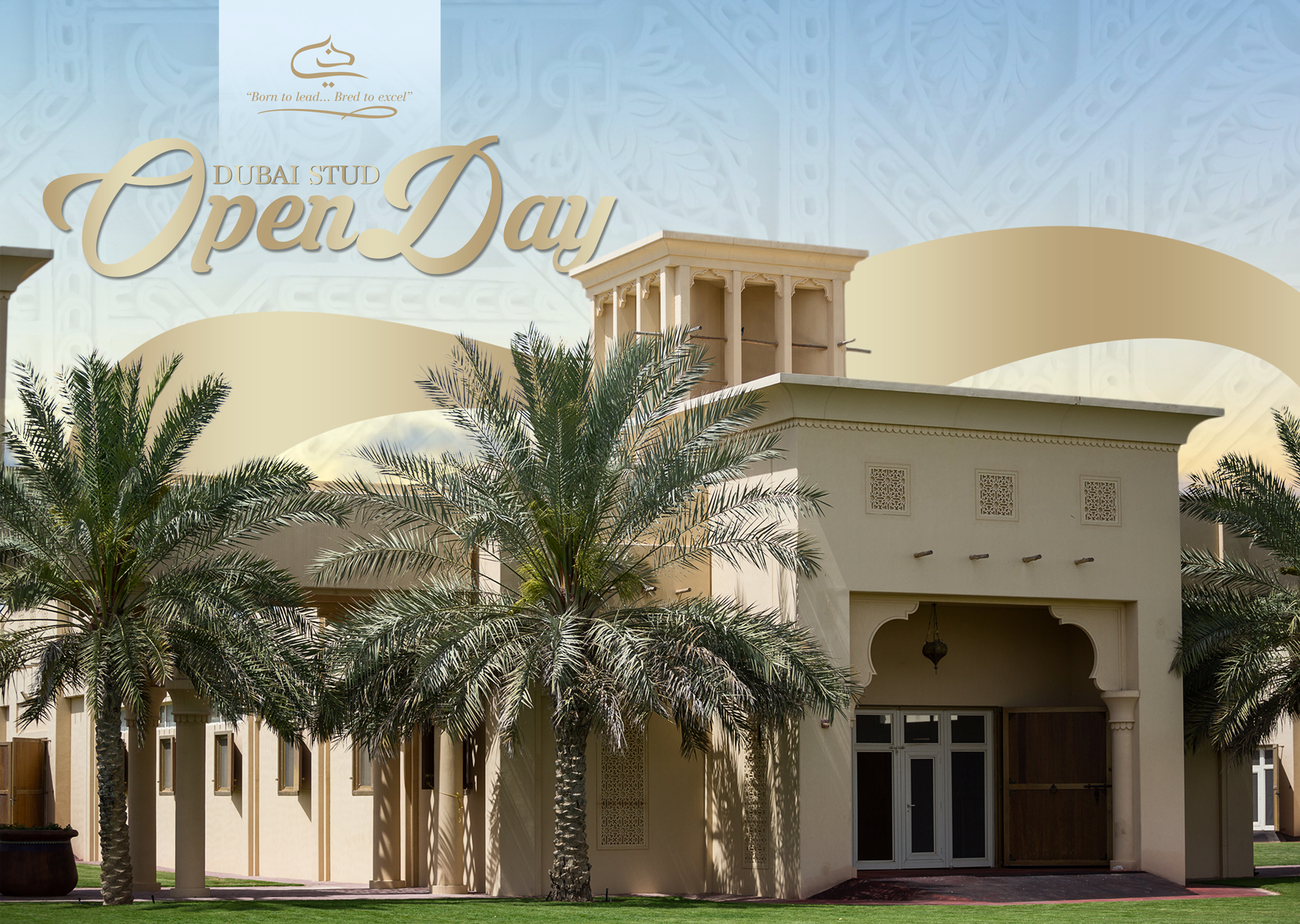 Last March we were delighted to see up close some of the most beautiful Arabian horses in the world at the stunning Sheikh Mohammed Bin Rashid Al Maktoum’s Dubai Stud 10th annual Open Day that was held straight after the 2017 Dubai International Championships. Appointment scheduled at 8:00 am for all attendants, breeders, judges, handlers, groomers, insiders or simply visitors at the ‘Novo Hotel Trade Center’ in Dubai where the majority of the people of the show had been comfortably accommodated for the stay. Three buses were waiting for us; many other guests got there by car, taxi, planes etc..We left at 8.15 am. Place of destination: Dubai Arabian Horse Stud! For many years now, Dubai Stud has been best known for being home to a group of incredible stallions and top class mares to date. Eventually, we got to the Stables. Upon arrival, we were warmly welcomed by General Manager Eng. Mr. Mohammed Al Tawheedi and Executive Manager Mr. Abdelaziz Al Marzooqi who kindly invited us to have a ceremonial breakfast with them. They put great effort to make this day an exceptionally successful event. When all guests had finally showed up, it was time to tie the shoes and make our way to the presentation area. The entrance to the arena and the commentator side were overcrowded. As those equine giants made their way into the arena, the sounds of Arabian music sounded out, heralding the start of this year’s Dubai Stud’s Open day. The Show was opened by the mares with their respective foals; a ‘real treat’ for all spectators but also a unique anticipation of the most promising foals produced at Dubai Stud. For sure, we will be seeing many of these foals in the show-ring in the coming years. This year the focus was especially on the new production by the stallion FA EL Rasheem, (Fa El Shawan x Virtuosa MLR) the unbeatable champion producer on the Farm. After this lovely groups – and we just wished we had more time to admire them - we saw parading the exquisite mare Elle Flamenca (AJMAN MONISCIONE x ALLAMARA MA), current Bronze Champion at the 2017 DUBAI International Championship. She is a gleaming chestnut mare, very showy with a lovely dished head and cute muzzle. She gave a stunning performance of beauty and class under the enchanted gaze of ex-owner and breeder Joel Desmarteau who was also at the event. Elle Flamenca is a great example of Dubai Stud’s breeding programme and it will be interesting to watch her improve the Farm next generations. And for sure, there appeared the Queen of the stud, the wonderful grey mare Ft Shaella (Shael Dream Desert x Soul Pretty) who seduced everyone with her beautiful feminine attitude. Her daughter, D Shahla (Marajj x Ft Shaella) has already won several titles besides the Gold Champion award at the Dubai International A Show 2014 and, in 2015, World Gold Champion Junior Filly in Paris. She has the same beautiful attitude as her mother. Later in the afternoon, other wonderful young horses from different top producing stallions and mares were presented at the event. The two-year grey filly D Ajayeb (RFI Farid x Ladi Veronika), GOLD CH. at PARIS 2016 - YEARLING FILLIES CHAMPIONSHIP; GOLD CH. at MENTON 2016 - YEARLING FILLIES CHAMPIONSHIP; 1st at MENTON 2016 - YEARLING FILLIES and GOLD CH. at DUBAI 2016 - YEARLING FILLIES CHAMPIONSHIP. The two-year grey colt D Seraj (FA EL Rasheem x Ladi Veronika), GOLD CH. at PARIS 2016 - YEARLING COLTS CHAMPIONSHIP; GOLD CH. at MENTON 2016 - YEARLING COLTS CHAMPIONSHIP; GOLD CH. at DUBAI 2016 - YEARLING COLTS CHAMPIONSHIP; GOLD CH. at AJMAN 2016 - YEARLING COLTS CHAMPIONSHIP. Then, it was the turn of the five-year handsome chestnut stallion D Khattaf (Royal Colours x D Jowan) the son of champion sire Royal Colours. He was BRONZE CH. at SHARJAH 2017 - STALLIONS CHAMPIONSHIP; SILVER CH. at DUBAI 2016 - COLTS CHAMPIONSHIP; GOLD CH. at SHARJAH 2016 - COLTS CHAMPIONSHIP; SILVER CH. at SHARJAH 2015 – CHAMP. JUNIOR COLTS; BRONZE CH. at ALL NATIONS CUP 2014 - CHAMPIONSHIP JUNIOR STALLIONS. Last but not least came into view the legendary stallion FA EL Rasheem presented by his handler Paolo Capecci. Right in front of our eyes, El Rasheem’s exotic beauty was simply jaw dropping with his dished face, refined body and spirited movement. But the horse who added an exceptionally beautiful end to Dubai Stud Open day 2017 was Royal Colours on the lead of Mohanna. He is a real stallion, a real legend in the Arabian horse world who - on that day - blew us with an incredible eye-catching ‘mini-show’ on which he did everything to make his presence known and spared no charm to flatter the public. After that hugely successful horses’ presentation, we could share our emotions and thoughts with all the members of the Dubai Stud team at the bountiful banquet they kindly offered to all attendants. We lingered over multiple courses biting into various Arabian local specialties. Later on, we went to see the Stables, which was an ‘outing’ by itself. It was a little day-dreaming, looking at how our Arabian ‘neighbours’ are doing it, how they organize things. You can always learn something. After the tour we did have more insight and we got a few tips. Breeders who choose a Dubai Stud horse can ask highly practical and concrete questions about their choice and how to handle the rest. The reason why Dubai Stud horses are so popular and in demand today is because of the correct information and honest presentation. Every breeder knows what they can do and what they are able to do. Top-quality is their line of action as these days only the very best is good enough! It was an unforgettable Open day with all these ‘Arabian beauties’ around us. There is simply one single place in the world where you can see all these extraordinary horses at once. This place is called Dubai Arabian Horse Stud. We are looking forward to seeing which surprise Dubai Stud will have for us in 2018!
2018-02-14
Previous Post: QR Marc & WH Justice
Next Post: Shael Dream Desert