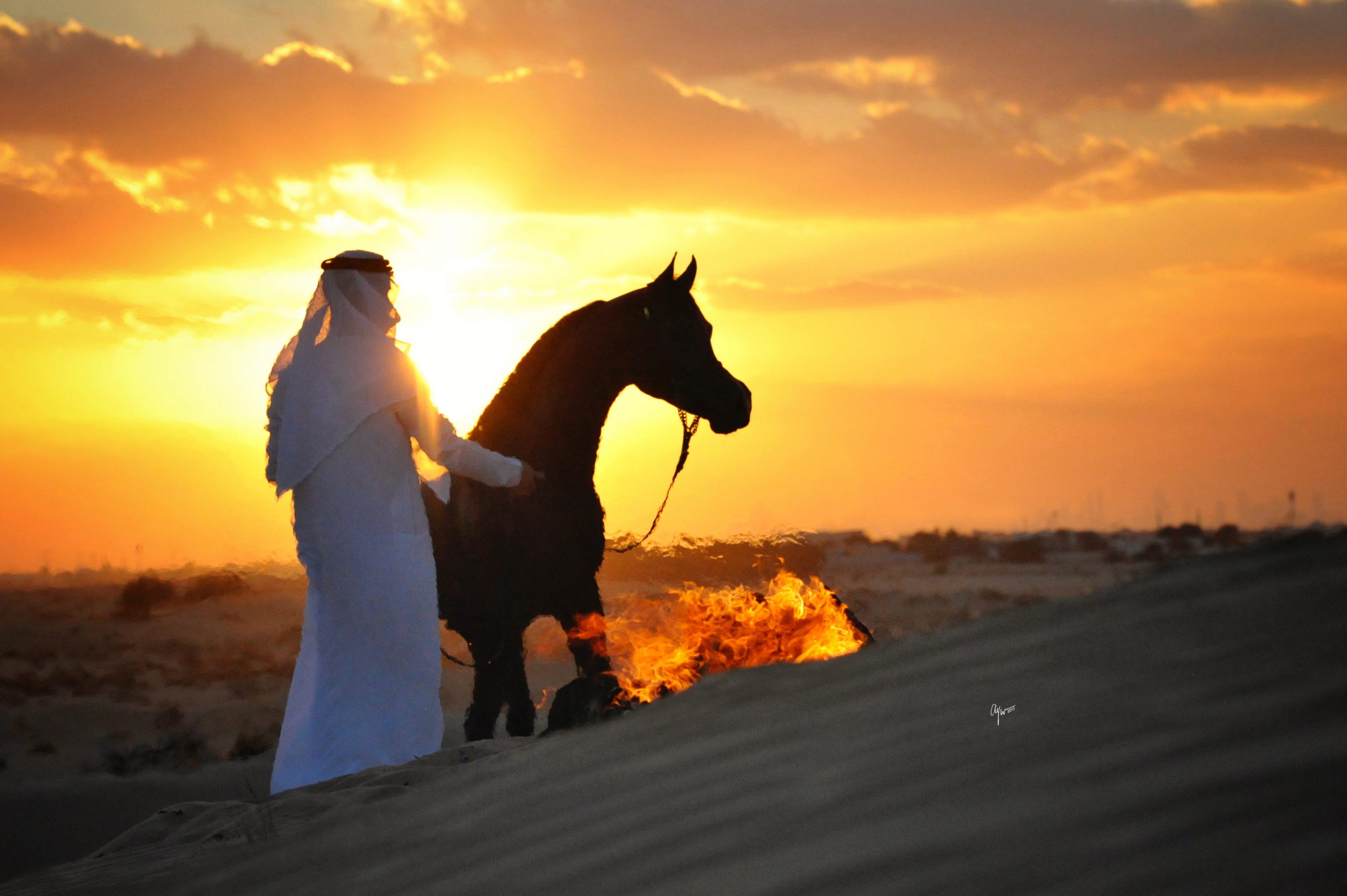 Dominic M. is an only 6 years old stallion, owned by Dominic M Partnership, sired by the Versace son Da Vinci FM and out of Rosa La Valentina, a daughter of DA Valentino out of a Ryad El Jamaal daughter. His pedigree combines some of the most valuable bloodlines giving breeders all over the world a huge range of new opportunities. A new partnership with great project supporting Dominic M for his future. His unique pedigree can be an enrichment for a lot of breeding programs: twice Versace combined with a genetic pool blessed with some of the best representatives of the breed of all times such as El Shaklan, Padrons Psyche, and Ali Jamaal. The mother of Versace, Precious As Gold was herself a very special and pretty mare and a great backbone to have in a breeder’s program. After his first offspring in the United Arab Emirates started winning Championships in 2018, including the 2018 Dubai International Show Gold Champion Foal Raboubah Al Hawajer, owned by Al Hawajer stud the 2019 Show Season started with amazing results. Once again, Raboubah made her way into the Championships by winning her class and later awarded Bronze Champion Yearling Filly at the Ajman Arabian Horse Show. In addition, Fam Donatella owned Al Jawaher stud was crowned Gold Champion at Abu Dhabi International Show 2019- Yearling Fillies Championship; Bronze Champion at Dubai International Championships 2019, and more recently, Gold Champion Yearling Filly at Milan 2019 - Yearling Fillies Championship and Silver Champion Yearling Filly at All Nations Cup Aachen 2019. Not to forget the incredible success at the Brazilian National Championships 2019 of Lady Dominica owned by Jorge Costantino Selume Zaror who grabbed the Title of Gold Champion Junior Filly; and Preludio OSB owned by Al Kaisar Stud who won the Title of Gold Champion Young Stallion. In the meantime, the first babies sired by Dominic M that are born in Europe look really fantastic. So, we now have the physical evidence that what we were waiting for it did come by in the end. Three of them have already given the international public a real chance to talk about them over major competitions in the United Arab Emirates. We want to mention them as they really dazzled both judges and audiences: Al Ryam Banafsaj, owned by Al Aryam Arabians Stables - Gold Champion Yearling Filly at Kalba Show in the United Emirates; Shumoos Al Hawajer, owned by Al Hawajer Stud - Gold Champion Yearling Filly at Sharjah Arabian Horse Festival; last but not least Ghaly Al Hawajer, owned by Al Hawajer stud - Gold Champion Yearling Colt at Sharjah Arabian Horse Festival. Special thanks go to Las Rosas and European Breeding Trust for their great management of Dominic M. WE ARE PLEASED TO ANNOUNCE NEXT STEP FOR THE 2020 BREEDING SEASON AT DANUBIUS ARABIANS, ROMANIA.
2020-02-06
Previous Post: Menton 2019
Next Post: Enotri